a baking blog about a cook and her cat

Making brioche was an all-weekend endeavour, planning my schedule around proofings, constant poking around the kitchen and a whole lot of “Help me, Google!!” troubleshooting.

It’s because of this that bread making scares me.

Getting over that fresh yeast smell (think: warm garbage) is one thing; but it’s another to come back to your cute, compact ball of dough to an overflowing gooey mixture that’s nearly tripled in size by the hour. I can’t say I fully understand the science behind it, which is part of the reason why I find bread-making daunting and miraculous-mysterious at the same time.

✘ I accidentally bought instant yeast rather than active dry yeast, making my dough especially susceptible to over proof. Turns out, there isn’t a huge difference, and the two can be used interchangeably (one:one) with a few recipe adjustments. According to thekitchn.com, “active dry yeast has a larger granule and needs to be dissolved in water before using, while instant yeast has a more fine texture and can be mixed right into dry ingredients.”

So when using instant yeast, you can skip the first proof.

✘ Judge the dough by how much it’s risen and grown rather than the amount of time it says in the recipe. There are so many factors in the kitchen environment and type of kneading that make every bread-making experience different from baker to baker!

✘ Don’t over-proof the dough, or it’ll result in a very deflated – or collapsed – loaf. You can tell when the dough is well-proofed if you press your finger into it and it bounces back halfway. If it doesn’t move, it’s over proofed; if it completely returns to its round shape, it’s under proofed.

✔ Not to worry – you can save over-proofed dough! If it’s been over-risen, just deflate it, reshape it in the pan and let it rise again as instructed in the recipe.

✔ A long, cold rise in the fridge overnight helps reduce its yeasty taste for more emphasized butter and egg flavour.

✔ Work quickly after adding the butter. Too much warmth and handling will make the dough look oily.

A braided bundle of pull-apart egg bread to enjoy with jam, as french toast or even on its own.

Day one: the dough

FIRST RISE: Transfer the dough to a very large buttered bowl, cover tightly with plastic wrap, and let it rise at room temperature until doubled in bulk, 2- 2 1/2 hours.

SECOND RISE AND CHILL: Deflate the dough with your hands by lifting sections of the side and letting it fall back into the bowl. Work your way around.

Cover it back up with plastic and refrigerate it overnight. 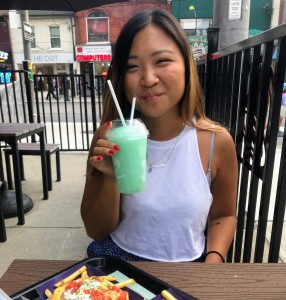 “The limit does not exist”
—My sugar consumption